Avaya Communications Files For Bankruptcy In The US 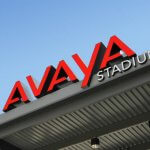 The Wall Street Journal reported the collapse of another tech giant.

Avaya, which installs and operates corporate phone systems, said it is seeking to restructure its balance sheet to put it in better position for the future. The Santa Clara, Calif., company also suspended plans to sell its call center business after reviewing potential offers.

Avaya has been a leader in contact center in Japan.  One of the few foreign telephone systems providers to get market share in Japan of more than 50% in the call center business.  Used by every major player, Bellsystem24, Moshimoshi Hotline, Fujisankei, as Japanese telemarketers saw Avaya’s call center solution as the competitive advantage.

Sadly, Avaya’s acquisition of defunct Canadian competitor of the North seemed to be something the company could fully swallow.