A Review of iPad Apps to Replace Day Planners- Franklin, Filofax, or Daytimer 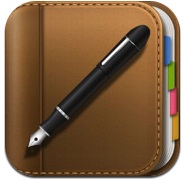 At AINEO, we’re big advocates of doing what you say, and saying what you do. In the busy world we live in, it’s very hard to keep up with the various tasks during the week much less during the day and getting them done. Most people say, “Let me do that for you”, and then forget to follow up.

We use paper planners to keep track of our daily work as individuals. The beauty of the paper is that you can see a whole month, your daily schedule and your task for the day in one place.

We have our guys using Day Planners from Day Timer/Day Runner. Much like the Old Franklin Planner style with monthly, daily and tasks. We’ve been looking for something that would work on our iPhones iPads and computers. On Apple’s App store we found and tested a product called Opus Domini. Unfortunately, it has serious sync issues so it not something we can recommend.

We found another application on the Apple Store site called Planner Plus by a company called Blue Tags. You can find it here. Much better than Opus Domini but we found a lot that could be done.

This app is good but not quite there yet.  The developer should would probably need to

-Get sync between devices, not just stand alone iPad
-Go through and proof read all the English menus (think the dev people are French) and fix the typos.
-Create a desktop app that syncs with the iPad version on reliable cloud service
-Fix little things like adding a preset alert default for appointments

If you want to use this as a stand alone its better than Opus Domini. But like paper planners, if you lose your iPad you’re toast.

There’s no app quite yet than can replace a daily planner. Stay tuned!