Do you really need that Anti Virus Software? 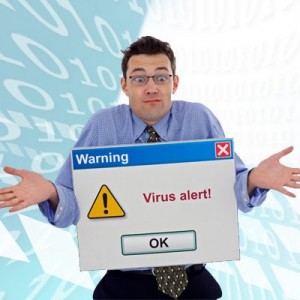 For years, most of us PC users have been paying 35 to 50 USD a year (3-5,000 yen) to protect your PCs against viruses. The answer has been a resounding YES! If you are a Mac user, you were usually just smiling as Apple’s OSX seems to be less popular to attack so there was no reason to worry. Recently, things have changed.

The market leader for security software has been Symantec’s Norton Antivirus. Other players are AVG, Kapersky, McAfee, and products from our local provider Trend Micro (the name depends on the market, Virus Buster in Japan). Using a PC wisely (link to steps) always required you to have AV (antivirus software on your PC.

In 2009, Microsoft has released a product called Microsoft Security Essentials. The application is free and is managed and updated daily. As personal AV licenses have expired over the last 10 months, I have replaced the software with MSE.

What do you think?
We have worked with AV at AINEO for 12 years. It is a pain as we have had Symantec mess up some Microsoft Exchange services when the server applications quarantined the whole mail store for Exchange and took the mail server offline. That was the end of Symantec on any mail servers at AINEO. Overall, we have found Symantec to be generally good. We have also had good experiences with AVG.

With MSE, you can stop spending money on AV software and do some other things. As we are all purchasing MS software it is nice to have the supplier provide support against security and virus risks that we have from using their software.

The big thing now is that Trend Micro, Symantec, MacAfee, and the others are going to look for other sources of revenue. If you are using MSE, you don’t need to buy their products.

If you haven’t checked out Microsoft Security Essentials, we recommend you give it a shot. Our internal tests showed it effective and actively supported by MS. Yes, you still need to have AV on your Windows computers, but at least now you don’t have to pay for it.