What’s The Lowdown On The Windows 7 Phone From Microsoft? 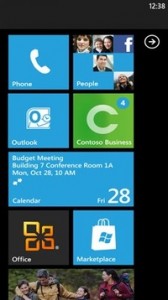 Microsoft is re-entering the mobile phone market. There are a few Windows mobile phones still floating around, but they re-emerge hoping to take back some share from BlackBerry, iPhone, and Android-powered devices. Will they make it?

We don’t have experience with the hardware yet, but here are some of the comments we’ve received around the market.

-The Windows 7 phone has no copy/paste features. Might be a challenge since most people interested in this phone would be corporates that have the feature on their Blackberries and iPhones.

-Multitasking- No can do. This means the phone can only run one application at a time.

-No WIFI hotspot setting capability yet

-Third Party Applications- No one is really developing for the platform yet.

Overall we don’t really see any killer applications to bring you away from your Blackberry or iPhone, or maybe even the Android devices. We did hear comments from people saying that they thought the approach to the menu system called “Tiles” was ‘fresh & simple’. They also have another feature called “Hubs” which seems to be a good idea for bringing things together such as people or music for example.

The biggest salespoint this phone has for it currently is the integration with the Xbox product line (by Microsoft, of course).

The AINEO recommendation would be to skip this product. We have quite a number of dead WinMo (Windows mobile phones) in our various offices. Our team was very happy with Blackberry but is now also using iPhones. In the Tokyo office, we were given 4 tester Android phones. The 4 engineers who used the devices also tested iPhones. The conclusion was that Android has a ways to go to catch up with iPhone.

For a smartphone, we still like the Blackberry the best for it’s security, real keyboard, and low coast for roaming around Asia Pacific.