Where Is Polycom Going? The Future Of The Phone Giant

Video is on my mind. Not just because it improves engagement or because I use it daily.
I just completed a 10 day video-oriented trip that included detailed briefings with the CEO of Vidyo in New Jersey, Cisco’s Video team in Oslo, PexIP CTO in Oslo, and a big finale with the Polycom Analyst Communications Event (PACE) in New York.

The Polycom event was perfectly timed right after the completion of its acquisition by Siris Capital. Mary McDowell was present and available to 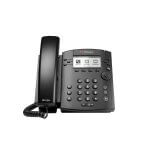 introduce herself as the new CEO. Session presentations included portfolio review, road map, and demonstrations of secret upcoming solutions.
It was fascinating to peek into the labs of both Cisco and Polycom within a week of each other – since both were confidential, I’m stuck bursting with opinion that I can’t share. Thanks Obama.

What I will share is this:
Video is exploding: The excuses are over. Bandwidth is cheap. Cameras are everywhere. Core functionality is cost effective, reliable, and accessible. Younger users that are getting older get it.

Video tech is exploding: 4K video, H.265, VP9, LTE, biometrics, microphone arrays, touch-screen displays, and more.
WebRTC is past the hype: It is not the replacement technology many were expecting, but it is now assuming an important and useful role as a valuable tool and client approach.

The Tech is disappearing: Each of these companies are simplifying their solutions and making the tech less visible and more accessible. Examples: Polycom’s EagleEye technology that automates camera work, Cisco’s approach with automatic detection of a user via their smartphone, Pexip’s auto spin up/down of virtual resources, and Vidyo’s approach to integration with devices and applications.

Regarding Polycom specifically, I left PACE feeling much better about its future than when I arrived. I was expecting the Mitel-Polycom merger to complete, though was never a big fan of it. It somehow made sense to bean counters, but the two companies did not feel that complementary to me. Instead Siris swooped in and killed the merger. Instead of adopted step child, Polycom gets to remain independent and now as a private company. This gives Polycom space to re-invent itself – that’s dangerous criminal behavior for public companies

Why does Polycom need to re-invent? Because the world won’t hold still. Polycom is a pioneer in audio and video – two industries that are in a tornado.
Competitor Cisco is heading for the cloud with a new service that leverages WebEx.

Speaking of cloud there’s also new types of competitors everywhere including Zoom and Facebook plus some 643 WebRTC-based startups. Each part of the solution (endpoints, cameras, MCUs, cloud services, MS components, etc.) has a full bench of emerging companies.

Polycom is caught between two simultaneous transitions: prem to cloud and hardware to software. Then there’s also added complexity from its partnership with 800-pound-gorilla Microsoft which sometimes forgets the spirit of partnership.