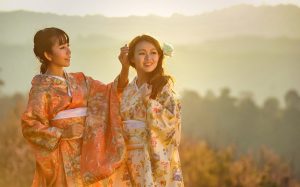 Japan is a fantastic country. Great food, wonderful people, and a very safe society despite the fact that Japan is not exactly a perfect country with nothing but good people.  The difference with Japan is the number of bad people is so much smaller than other comparable developed nations and it is a peaceful place.  The US is also a great country but social media, technology, and the internet is making it easier to see the sleazy ‘pay to play’ type politicians even in the world’s largest economy that were running for electoral office.  There are shady politicians in Japan as well but the magnitude is so different.

The North Asian country’s appeal has risen and people have been attracted to check it out for themselves.  In 2015, Japan reported the number of annual tourists doubled to 19.7 million people.  Despite all this appeal, Japan has one big weakness, it’s a large number of menu-minded uncreative citizens.  If it’s not pre-conceived or set, it cannot be done.  It’s the menu mind-set.

Most people can do a great job, but if it’s off the menu for some, watch out.  If you want a chocolate sundae with one scoop of ice cream off the menu at the restaurant that’s fine. But if you want two scoops in the same dish there could be a problem. Especially, if the item is not on the menu.  You will likely not be able to get it because many people don’t know how to be flexible.  Many people just don’t know how to work on something that is not in the pre-decided menu.

In the Fukushima nuclear meltdowns of 2011, the whole world saw how TEPCO (the Japanese electric giant) employees could not act despite having a manual or menu of actions to take in the event of an emergency.  In this case, a building-height tsunami hitting and taking out the back-up generators was not on the menu so the people involved didn’t know how to minimize the disaster from the beginning.  A little bit of thinking outside of the box could have saved what became a major disaster with a bit of leadership and some quick decisions.

If you work with any large Japanese company that sends you an attached file you will see the stupidity of not being able to get off the menu.  Softbank, KDDI, Benesse all bled customer information out to the public.  One knee-jerk response was to send attached files such as quotations, catalogs, proposals, and other items via a password-protected zip file.  A separate email is sent to you with password.  You have to keep track of both if you save the file elsewhere get rid of the locked file.

Most smart firms have not bothered with this silly ‘password’ing, but even some vary large Japanese employers have this policy of password files that just peeves their clients.  The problem is this is their ‘menu’, or way of doing things, but they forgot to look on the net.  The face is it is very easy to break a password protected file if you have a bit of IT sense.

Banks are probably the apex of menu madness in Japan.  They are filled with all sorts of meaningless rules and paperwork.  The menu mindset is out of control at the major Japanese banks.  Of course, we want our banks to be protective with our money, but just changing your old corporate phone number that is already on your website, business cards, and utilities bills requires a trip to the government for a 90-day old or less corporate registration.  Forms have to be filled out by hand by account holder.  There is no sense of the value of ID and identifying your ownership of your money they hold for you.  Banks are something most people avoid at all cost.

There is not doubt Japan is one of the world’s influential nations, that has made a great mark on history following World War 2. Unfortunately, that influence seems to be waning.  Why?  Could it be this having to stick to the unappealing ‘menu’ when there is a better way to do something or service your partner clients?  We think so.

At AINEO, we’re beating the menu mindset by challenging our team to make decisions that our good for our partners (clients) first and foremost, but also make good sense to the AINEO business as well.  All AINEO teammates are encouraged to be bright, quick, and flexible.  We call it BQF.  If you are BQF, it is very hard to stay in the shallow menu mindset.

We love Japan.  The menu mindset is a Japanese weakness that can be broken by people standing up and being bright leaders in transport, technology, retail, hospitality, finance, and nearly any other business.  Leadership starts with the CEO, that charisma will permeate the organization and every leader at every level will soon follow.

Good things are coming to those who beat the menu mindset!